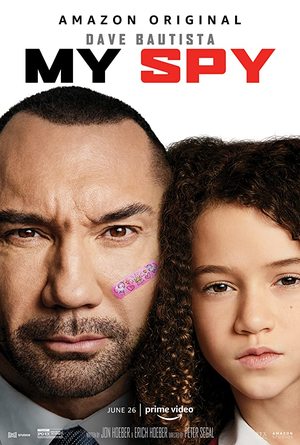 Amazon Studios has set a June 26 premiere date for the family action comedy My Spy. The film will be premiering on Amazon Prime and might also be playing in select drive-in theaters and other theaters that will be open later this month. The movie was originally scheduled to be released in theaters on April 17, 2020 by STX Entertainment before being sold to Amazon Studios due to the pandemic. The comedy had been rescheduled several times since last summer and has already opened theatrically in several international markets, including Australia and Germany, where it is currently still playing.