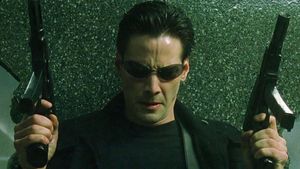 Warner Bros. Pictures is delaying the release of Lana Wachowski's The Matrix 4 for almost a year. The movie, which was set to be released in theaters on May 21, 2021 will now be opening theatrically on April 1, 2022. The studios' Godzilla vs. Kong is taking over the film's original release date. No other movie is currently scheduled for April 1, 2022.