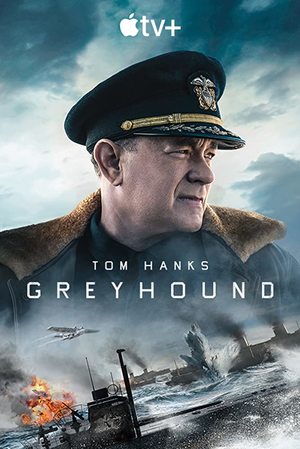 Apple TV+ announced today that the World War II drama Greyhound will be opening on the streaming service on July 10. The movie was originally scheduled to be released in theaters on May 8, 2020 by Sony Pictures before being postponed to June 12 and finally being sold to Apple TV+. No word yet on whether the film will also be opening in select theaters as most of Apple's previous releases (The Banker, Hala) did.

[]Greyhound[] is directed by Aaron Schneider and stars Tom Hanks, Stephen Graham, Rob Morgan and Elisabeth Shue. The movie follows a longtime Navy veteran who, as a first-time captain, is tasked with protecting a convoy of 37 ships carrying thousands of soldiers and much-needed supplies across the treacherous waters of the Atlantic during World War II.