'The King of Staten Island' Pulled from Theaters 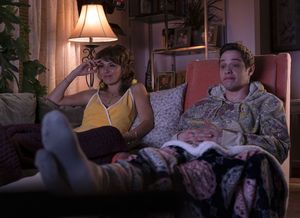 Judd Apatow's The King of Staten Island has been pulled from all theaters, where it was scheduled to open this weekend. As reported earlier this week, the movie was set to open in select theaters this weekend with tickets already available for purchase at several venues. According to Deadline, the decision to stick to its original PVOD release only plan was made by the filmmakers and not Universal Pictures.