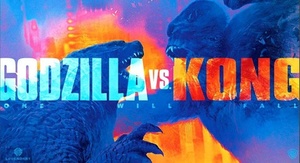 Warner Bros. Pictures announced today that Godzilla vs. Kong has been postponed six months from November 20, 2020 to May 21, 2021. The movie has previously gone through several release date changes as it was originally set to open in May of this year before being moved to March of 2020 and finally landing on its November 20 release date. On its new 2021 release date, it will be facing Lionsgate's Saw movie Spiral.