Lionsgate Picks Up U.S. Distribution Rights for 'Red Shoes and the Seven Dwarfs' 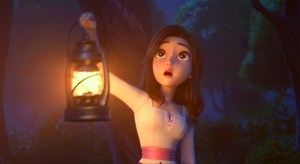 Lionsgate has picked up domestic distribution rights for the South Korean animated film Red Shoes and the Seven Dwarfs. The movie has opened in Korean theaters last summer and has been released in several international territories, including Germany and Russia, over the last year. Last week, Altitude Films announced that the film will be released in digital stores in the UK on June 22. Lionsgate has yet to announce specific release date plans in the U.S., but a day-and-date or digital only release is expected.