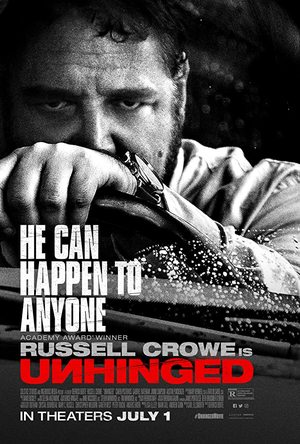 Less than an hour following Warner Bros.' announcement that Tenet's release date has been pushed back to weeks from July 17 to July 31, Solstice Studios has announced that Unhinged will be moving from its July 1 release date to July 10, taking advantage of a marketplace that will likely see more theaters open following the holiday period. On its new release date, the movie will face Sony Pictures' The Broken Hearts Gallery, which will also be opening nationwide.

Unhinged is directed by Derrick Borte and stars Russell Crowe, Daren Pistorius, Gabriel Bateman, Jimmi Simpson, Austin P. McKenzie. The psychological thriller explores the fragile balance of a society pushed to the edge, taking something we've all experienced- road rage - to an unpredictable and terrifying conclusion.