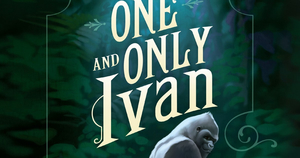 Disney announced today that the studio's live-action feature The One and Only Ivan will be skipping theaters and premiere exclusively on the streaming platform Disney+ on August 21, 2020. The film was originally scheduled to be released in theaters nationwide a week earlier on August 14. The movie marks the third Disney title that was pulled from the theatrical release schedule following Artemis Fowl and Hamilton and will be premiering on Disney+ instead. The studios' live-action movie Mulan is still scheduled for a July 24 theatrical release.