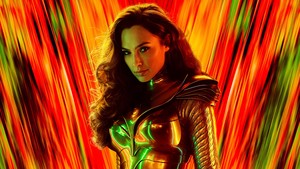 Following the move of Christopher Nolan's Tenet earlier today, Warner Bros. has pushed the release date of Patty Jenkins' Wonder Woman 1984 from August 14, 2020 to October 2, 2020. It marks the third move of the release of the movie, which was originally set to come out November 1, 2019 before being pushed to June 5, 2020 and was then moved to August 14 due to the pandemic. On its new release date, the movie will go against Universal Studios' BIOS and Paramount Pictures' Without Remorse, both of which are fully expected to be postponed, as well as the wide expansion of Paramount's The Trial of the Chicago 7.